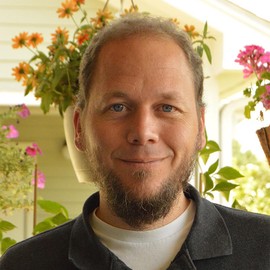 Shane Denson is Assistant Professor of Film & Media Studies in the Department of Art & Art History at Stanford University. Previously, he held appointments and affiliations at a number of institutions in the US and Germany. Most recently (2014-2016), he was a DAAD Postdoctoral Fellow at Duke University, where he was a visiting scholar in the Program in Literature, associate in research in the S-1 Speculative Sensation Lab (housed in Media Arts + Sciences / Department of Art, Art History, and Visual Studies), and teaching fellow in Information Science + Information Studies. From 2013-2016, he co-directed the project “Digital Seriality: The Serial Aesthetics and Practice of Digital Games” — part of a research collective on Popular Seriality funded by the German Research Foundation and based at the Freie Universität Berlin. From 2010 to 2016, he was also assistant professor (Wissenschaftlicher Mitarbeiter) in American Studies at the Leibniz Universität Hannover.